At Mitten Real Estate Team we are pleased to bring you our second article in our series titled ‘Neighborhood Market Focus’ which is based on our ongoing market research and experience.  This article is focused on Langley’s Murrayville area from June 22 – July 22, 2014.

Murrayville is a very nice, safe and walkable community.  Murrayville was mainly developed throught the 1990's however some development took place afterwards and a few areas of murrayville are continuing to develop today.  Murrayville has a number of ammenities including both the main RCMP station as well as Langley's hospital...

In addition to these ammenities Murrayville also features a number of other ammenities such as the WC Blair Wave pool and recreation center and several unique restaurants as well as coffe shops, a bank etc.. All in all Murrayville is one of the nicer communites in Langley and features a variety of housing options from single family homes to apartments, townhomes and even seniors retirement homes. 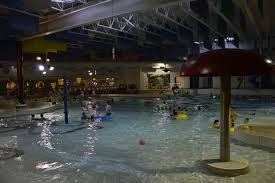 Therefore even though there were fewer sales during the last month than there were last year at the same time, the Home price index was notably higher and the time on the market was notably reduced, meaning the single family detached homes segment in Murrayville has showed strength compared to last year.

From June 22 – July 22, 2014, there were 6 townhome sales in Murrayville, which was a notable increase compared to only 2 which occurred during the same time last year.  The Home price index during the last month was up 12.61% compared to one year ago.  Additionally, the time it took for townhouses to sell dropped from an average of 96 days a year ago to only 30 during this time period

Based on the data above, it would seem that the Townhome segment of the market in Murrayville did well compared to a year ago with an increase in the home price index as day on the market required to sell being reduced  when compared to the same time one year ago.

During the June 22- July 22, 2014 time period there were no sales of apartments in Murrayville.  However because we still wanted to get an understanding of what is happening in this market segment we decided to move our analysis back 3 weeks to June 1- July 1  2014.

During this time period there were 4 sales compared to 5 sales one year ago.  The home price index of appartments was virtually unchanged at -0.60% compared to one year ago and the time it took apartments to sell decreased by more than 50%.

From June 1 – July 1, 2014, it would seem that the market for apartments in Murrayville unchaged from one year ago with a virtually unchanged home price index and days on the market decreaseing noticably.  Although there were no sales during the last 3 weeks the reduction of days on the market required to sell is a somewhat incouraging sign for the murrayville apartment.

There were no sales in acreages in Murrayville during the June 22- July 22, 2014 time period, and in fact there were only a few all of last year, making it difficult to comment on this small segment.  The reason is likely that there are very few acreages for sale in Murrayville (Listed on MLS).  In fact there is only 1 property currently for sale in this segment.

In Conclusion the market in Murrayville seems to be showing significant differences by segment. Detached Single family residential homes seem to be showing strength compared to last year.  The market for townhomes in Murrayville appears to be notably stronger when compared to last year.  The market for apartments appears to be  almost unchanged compared to the same time a year ago.  Finally, acreages could not really be judged due to the segment being too small for accurate analysis.

Please check to see our next article in this series  to see our analysis of the real estate market In another local area.

As always if you have any questions about this article of any other real estate related questions please feel free to contact us we would be happy to talk to you.  We can be reached through this website or by phone at 604-882-8384.