Posted on September 4, 2014 by Doug, Bonnie and David Mitten

At Mitten Real Estate Team we are pleased to bring you our latest blog article: an update on the Aldergrove real estate market perfomance in August 2014 v.s August 2013.  This article was complied as part of our ongoing market research as a service to our clients and potential clients.

Aldergrove is located in the south east side of Langley (see the map below). 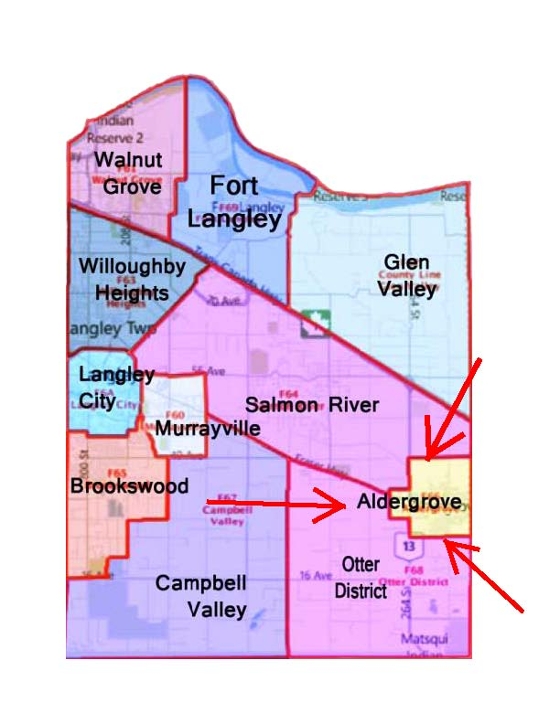 Aldergrove is one of the older communities in Langley.  In the 1870’s Gold Miners and farmers began to settle in the area, it was named Aldergrove because of all the Alder trees in the area.  In 1914 the Aldergrove post office opened, in the 1920’s the first store opened and in the 1930’s the community was connected to electricity.Aldergrove saw a fair bit of growth in the 1950-1970’s and continues to see growth to the present.  Today Aldergrove has a population of 12,778 people. 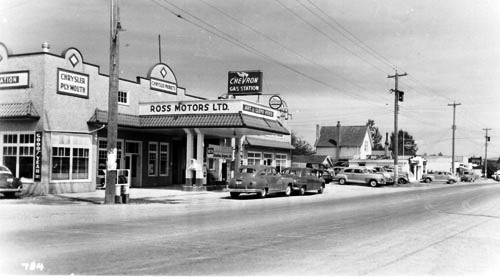 Aldergrove has a number of shops and amenities along and near Fraser Highway that runs through it.  Some of the recreation facilities include various Althletic parks and an ice arena. 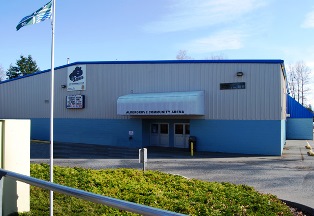 In Addition to the parks and the ice arena Aldergrove also has the Greater Vancouver Zoo nearby. 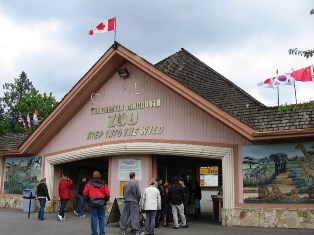 Aldergrove has a number of housing options, single family detached homes make up the largest portion but there are also a number of apartments and townhomes in the area and even a few acreages.

From this Data it would seem to suggest that the market for Single Detached Homes in Aldergrove is Strengthening with a modest increase in prices, increased sales activity and a reduction in the average time required to sell.

During August 2014 there were 3 sales of townhomes in Aldergrove, this was up from 2 sales that took place in August 2013.  Townhomes saw a 2.18% decrease in price however the average time required to sell dropped from 97.5 days to only 48 days. 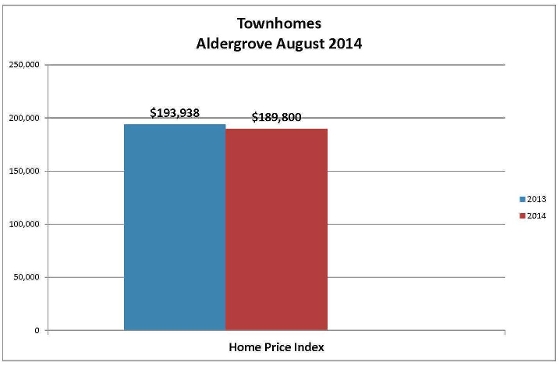 This data suggests that while prices of Aldergrove townhomes dropped slightly during the last year the market is moving toward equilibrium with a reduction of the days required to sell and an increase in sales activity.

As we have seen in other areas, the market is in Aldergrove varies quite a bit based on the market segment.  The Market for Single family detached homes is strengthening with modest price gains, increased sales and a reduction in the time required to sell compared to a year ago.  The market for Aldergrove townhomes has seen a small deduction in prices, however there has also been an increase in sales volume and a reduction in the time required to sell suggesting that this market segment is moving towards equilibrium if all other factors stay the same.  The market for apartments in Aldergrove could not be analyzed due to a lack of sales.  However, this suggests that buyers and sellers are not coming to terms on prices meaning the market may need to see some price reductions before sales volumes start to increase.